As the general manager of Beihai Huahang Shipping Supporting Equipment Co., Ltd. (hereinafter referred to as Beihai Huahang), Zhu Zhengmao is modest and has made a lot of friends. His is well known in the fishing boat market of Beihai.

Mr. Zhu still signed with emotion when mentioned the past days when he acted as an agent of the products of Yuchai.In those days from 2004 to 2007, many people in the fishing boat market of Beihai only knew the vehicle engines of Yuchai and they had no ideas for its engines used for boat.

However, in todays Beihai Fishing boat market, the YC6C, YC6CL and YC6TD of Yuchai have become the preferred engines. Proportionately, the Yuchai products accounts for 40% of all the products agented by Beihai Huahang and other two competitive brands share 30% respectively. 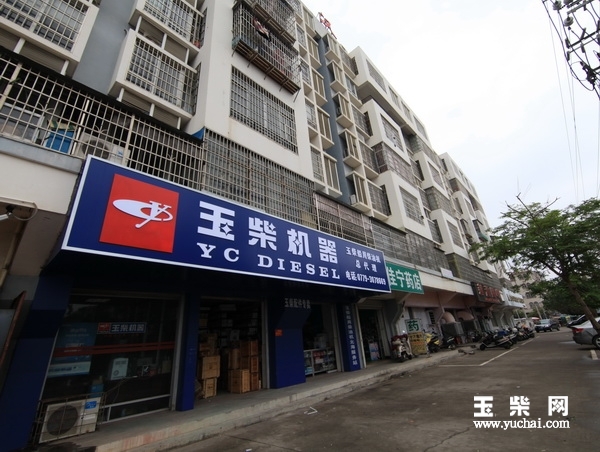 Although Mr. Zhu enjoys an outstanding fame in the local fishing boat power market, he is only a newcomer in the sector. Originally operating ship communication and navigation equipment, his business of marketing the marine electrical products of Yuchai looks like very smooth thanks to its various interpersonal connections in the sector established before.

According to Mr. Zhu, he started the agency of the marine electrical products of Yuchai in 2004 and another similar brands want to cooperate with her in consideration of her interpersonal connections and he rejected politely.

When asked why he can establish such as solid relationship with Yuchai, Mr. Zhu answered, Yuchai never leaves and forsakes its customers.

There always exists some problems when a new product is launched in the market. For example. The ship owner Huang, together with his family members totally owned ten sets of the ship diesel of Yuchai as the loyal fans of the marine electrical products of Yuchai and Boss Huang possesses four-two YC6TD and YC6C respectively. Boss Huang told the author his brother is the first user of the YC6M ship diesel of Yuchai in the ship boat market of Beihai. Then, the type was not too ideal and encountered many difficulties in use.  Luckily, the service staff of Yuchai provided active and timely solutions. As a result, when the YC6TD diesel was introduced to the fish boat market of Beihai in 2008, the first user was still the brother of Boss Huang.

The dedicated service provided by Yuchai for customers strengths the determination of Mr. Zhu to cooperate with Yuchai. In the interview, the repeatedly mentioned the understanding of the culture of Yuchai was critical to agent the products of Yuchai. Guided by market, Yuchai is dedicated to meeting the demands of customers. As an agent linking Yuchai and customers, we must learn about the actual service condition of products and the customers requirements for the improvement of products, turn customers as friends and create values for them.

According to information, Boss Huang ever used other branded diesels and later chose the diesel of Yuchai. He said, As a user of various diesels, I finally chose Yuchai.

Whats glamour of Yuchai ship diesel to attract the ship owner of Boss Huang? Boss Huang resolutely and decisively gave his answer, There are two major reasons. Firstly, the power of Yuchai ship diesel is much better than other brands and its economic efficiency is also nice. Taking 6C for example, although it is expensive, its stable and reliable and nearly without any malfunction, which saves a lot regarding maintenance cost. Secondly, I trusts President Zhu (Zhu Zhengmao) who is kind and is worth trusty.

Yuchai ship diesel is reliable, which resembles like the trust of Boss Huang for President Zhu. In addition, another ship owner Boss Sun was a new user for the ship diesel of Yuchai in this August and two YC6C had been equipped in his trawler. What impresses him is the two diesel engines show intrepid power and fast speed, which could hold vantage point with high efficiency.

Before going to sea for fishing, Boss Sun excitedly said that the outward journey will cost about ten days and the annual minimal profit was 0.6-0.7 million Yuan and the maximal amount might reach two million Yuan or so.

Also, the trust of Boss Sun comes from the excellent quality of the ship diesel of Yuchai. He said that the bad quality of fuel in recent years often led to the frequent breakdown of other branded diesel products and the Yuchai diesels showed special adaptation and could completely resisted the negative influence of bad oil. For instance. His friend, a former user of Zichai has intended to change its diesel to the product of Yuchai.

One client is a big market and the principle is deeply understood by Zhu Zhengmao. Therefore, he adhered to turn ship owners into his friends through business instead of a simple transaction .In the eyes of Mr. Zhu, various personal connects and products will be rewarded by market share.

Until now, the inventory of Yuchai diesel in the fish boat power market of Beihai has reached more than 700 sets and most of the diesel products are the types of 6C and 6T.According to sales, the 6C type is more welcomed by customers, which accounts for 90% of the total sales.

To provide an excellent service to the ship owner is the responsibility of Mr. Zhu. He told the author that the used electronic unit pump (EUP) in the combustion system of the new-generation ship diesel of Yuchai could save 10% diesel oil compared with other branded engines of same power in accordance with an initial estimates. The application of electronic control technology is absolutely a challenge for service. Therefore presently, Beihai Huahang is organizing experienced maintenance staff to collect and organize data by cooperating with the R&D institutes outsider. Next, he will firstly compile malfunction manual to direct and improve the maintenance level of service team for the ship diesel with electronic controller technology.

The engine will work after being equipped with relevant application, development and accouplement based on the understanding for the actual needs of ship owners through various exchanges and connections from a semi-finished product when leaving factory. However, a lot of valuable basic data will be produced in actual use when the Yuchai ship diesel used electronic control new technology debuts in market, which is the base in analyzing, understanding and improving the new -generation ship diesel and also is a significant work to collect data in the terminal market for new product release. For this, Zhu Zhengmao, the people involved in ship diesel service for many years boasting rich experience said with pride,I propelled the development of Yuchai in the respect.

Mr. Zhu considered that Yuchai should enhance the work in the two aspects for firmly grasping the market in the future. Firstly, the R&D staff of Yuchai shall frequently go to the frontline of Yuchai to learn about the requirements of customers, grasp the actual service conditions of engines and the problems appeared in ordinary time. Secondly, more objective information of the market should be grasped.

Working with his colleagues or friends, the office of Mr. Zhu is not too large and on the right wall when entering the door is covered with various medals rewarded by Yuchai Group such as The Third Prize for the Ship Diesel Distributor with Outstanding Contribution, Marketing Excellent Award to the Yuchai Ship Diesel Agency,Market Development Award for the Sales of Yuchai Ship Diesel heavy machinery,and Service Assurance Award for Ship Diesel etc. As time goes by, more and more awards related with the marine electrical products are sure to be obtained.