On June 29, the 2020 Guangxi Corporate Social Responsibility Report Release Conference sponsored by the Department of Industry and Information Technology of Guangxi Zhuang Autonomous Region and the Confederation of Guangxi's Enterprises and Employers was held in Nanning. The Yuchai Group Sustainability Report 2019 was released as a model of Guangxi Corporate Social Responsibility Report. Guo Deming, Deputy Secretary of the Party Committee of Yuchai Group, attended the conference and delivered a speech. 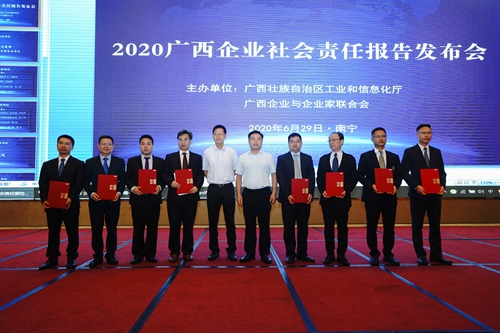 This year, the Guangxi Corporate Social Responsibility Report Release Conference was attended by 88 enterprises all over the autonomous region, with a record number of releases. 8 enterprises including Yuchai, SAIC GM Wuling Automobile Co., Ltd. and Guangxi Beibu Gulf Bank released their reports as models at the release conference. As the forerunner of China's internal combustion engine industry and Guangxi's enterprises to fulfill their social responsibilities, Yuchai has released its sustainability report for 12 consecutive years. 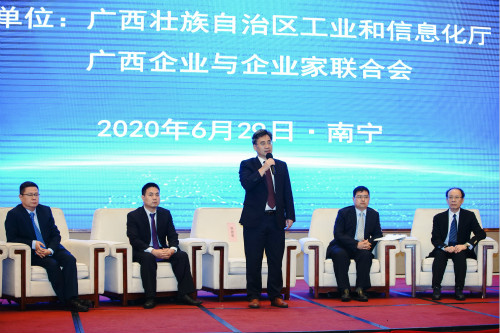 As a publication highly recommended by the sponsor, the Yuchai Group Sustainability Report 2019 was compiled in accordance with the GRI Standards for Sustainability Reporting 2016 and the Ten Principles of the UN Global Compact. It contains rich data and cases, and systematically shows the sustainability achievements made by Yuchai in 2019 in terms of organizational governance, green responsibility management, customer value, employee growth, green environment, community responsibility and new energy industry.  At this release conference, environmental issues were hot concerns of the media. Guo Deming said in an interview that Yuchai takes the achievement of customer value as its own responsibility and is committed to being the controller of the largest mobile pollution source. Through research and development of internal combustion engine products with ultra-low emission, marching into the new energy and environmental protection industry, and building intelligent factories to realize efficient recycling of waste, Yuchai actively undertakes the social responsibility of a national industrial enterprise and contributes to the construction of a beautiful China. 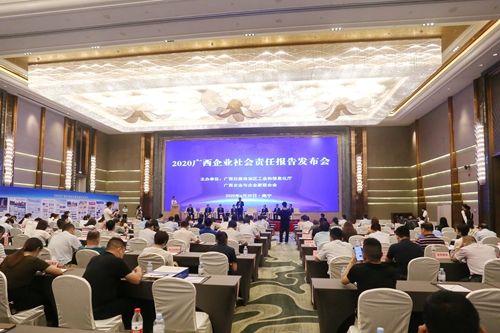